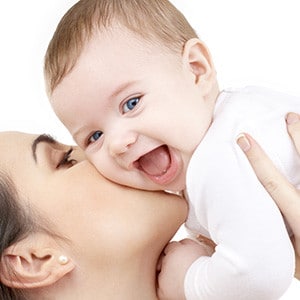 Can breastfeeding tie the mother down? Are modern formulas same as breast milk? Breast milk does not have enough iron required for baby’s growth? There are many such myths associated with breastfeeding. It is either due to ignorance or the availability of artificial baby milk that many mothers are not aware of the importance of breastfeeding. It is time that mothers-to-be learn how breastfeeding will help in the overall development of baby, keep them away from disease and also keep the mothers healthy.

SHORT-TERM BENEFITS FOR THE BABY

• Breast milk is a great source of lactose and fatty acids that helps in baby’s growth and development of brain.

• Breast milk helps healthy bacteria to thrive in the baby’s intestine or stomach.

• The milk produced just after the birth of a baby contains high amount of carbohydrates, protein and antibodies.

• It works as an antibiotic against bloodstream infections like E. Coli and Staphylococcus.

• Breastfeeding will reduce the risk of diseases from polluted water.

SHORT-TERM BENEFITS FOR THE MOTHER

• While breastfeeding, love hormone called oxytocin is released which develops the bonding between the mother and baby.

• The oxytocin also prevents postpartum hemorrhage and helps uterus get back to its normal size after pregnancy.

• Mothers will have less chance of anemia caused due to iron deficiency.

• There are lesser chances of getting pregnant in the first 6 months because of breastfeeding, thus helping in family planning.

• Breastfeeding also helps in losing weight after pregnancy. For the body to produce milk, 200 to 500 calories per day is required. On the other hand, a bottle feeding mother will have to swim at least 30 laps in a pool or ride a bicycle uphill for an hour to burn these calories.

LONG-TERM BENEFITS FOR THE BABY

• Your baby can develop a high IQ level when breastfed for a longer period.

• Babies will have less risk of obesity in their later stages.

LONG-TERM BENEFITS FOR THE MOTHER

• Breastfeeding lowers the risk of ovary, breast and endometrial cancer.

• Mothers breastfeeding will have high bone density which will reduce the risk of osteoporosis later in life.

• Mothers who have gestational diabetes will have low blood sugar than mothers bottle feeding their babies. Weight loss during pregnancy will also reduce the risk of diabetes later on.

Breastfeeding is important for the development of a baby, thus laying the foundation for a prosperous future.