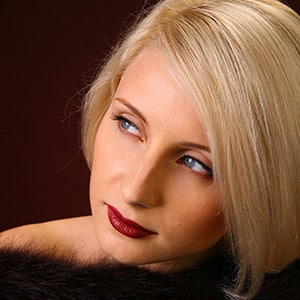 Are women more prone to depression and anxiety?

Did you know that women are more likely to suffer from anxiety, sleep apnea and psychological disorders than men? Anxiety is something that all of us experience and is absolutely normal to feel anxious. However, if level of anxiety becomes extreme, it can disrupt your life. And when it comes to depression, 1 in 4 women suffer from this problem in her lifetime.

DEPRESSION IN WOMEN AND MEN

Though most of the symptoms of depression are similar for men and women, but sometimes women experience certain symptoms frequently than men. For instance, Seasonal Effective Disorder is common among women who tend to get depressed in winter due to less intake of sunlight. They are likely to experience symptoms of Atypical Depression like sleeping often, eating more (especially carbohydrates), and weight gain. Other signs could be:

Women show an increased risk of depression and anxiety because of chemical, biological, hormonal, and social changes.

HORMONAL CHANGES – Hormones, estrogen and progesterone, play a vital role in a woman’s life. Hormonal changes take place during puberty, pre and post pregnancy and pre and post menopausal phase. Hormonal fluctuations can affect parts of the brain responsible in regulating mood, sleep, appetite, behavior and our thinking ability. They can either go into depression or get anxiety attacks, which needs to be treated medically.

GENDER DISCREPANCY – The role of a woman in the society plays a major role. The role of a homemaker who has to look after her children and sometimes ailing elders can put a lot of stress and impact their overall health. Women seldom get time to invest in their own happiness. And if you are a working woman, and unable to spend time with your family, then guilt slowly takes control which leads to anxiety.

The reason why a higher rate of anxiety and depression is reported among women is because they find it easier to get help, while men consider it as a taboo to seek help during emotional difficulty. In spite of the seriousness of disorders, it can be treated by seeking help from a therapist who will counsel and give anti-depressants and also a sleep disorder doctor.