Home / Gender / Life begins at the end of your Comfort Zone 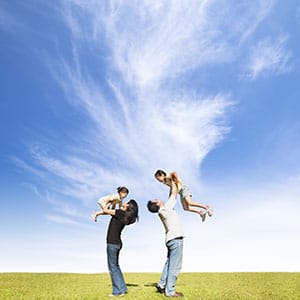 ‘Life begins at the end of your Comfort Zone’ is a great quote by Neale Donald Walsch and I’ve been thinking about it a lot this weekend as I experienced my first fire walk!

So last weekend I did a fire walk! Why? Well I’ve always wanted to do one, it wasn’t something I was particularly nervous about, I just thought it would be an awesome experience, which it was. So I thought there wasn’t anything about it that was pushing my comfort zone, it was something I was comfortable with doing, I just hadn’t found the right person to do it with! However, I was in for a bit of a surprise because part of the workshop included breaking an arrow with my throat! I didn’t know about this bit! I wasn’t particularly bothered by it, until the trainer recounted his experience of not being able to do it. Then, oh boy, did the negative voice in my head have a field day! Now not only was I going to be doing something in front of lots of people I didn’t know, I had now been told there was a chance I was going to spectacularly FAIL! I had reached the wall that surrounds my comfort zone!

However, he explained that behind his failure was that he didn’t know why he was doing it and that made me think why was I doing this? Why was I even here? Well even though as a coach, I’ve been coached, a lot, I’m still human, and deep down I knew I was there to prove to myself that I believed in me – and here in front of me was something that was standing in my way of just that.

So I did it, and yes, it was a lot harder than I thought, but what pushed me through was the fact that I really wanted to break that barrier, my why was so strong that I probably could have broken 10 arrows (well maybe 2 or 3)! I also realised that sometimes when you start to push that brick wall that we construct around our comfort zone we start to really find out what is stopping us, what are the foundations of that wall. It wasn’t the breaking of the arrow for me, it wasn’t the standing up in front of everyone, it was a fear of failure – even though I know that failure is a positive and crucial part of personal development. You see, I knew I couldn’t fail at the fire walk, I wouldn’t have allowed myself not to do it, but the arrow, I knew that there was a good chance I couldn’t do that, and that was a fear I had to face.

So the point to this?  Well as both my Mum and Dad used to say to me when I was growing up – what one fool can do any fool can do – so the next time you are faced with something that you really want to do, but it’s just taking you beyond your comfort zone – go do it, because that’s when you really start to live! If I can break an arrow, you can do this! You might expect me to say ‘believe me’ but actually ‘believe in you!’