Home / Fashion / How To Choose A Hair Color That Expresses Your Personality? 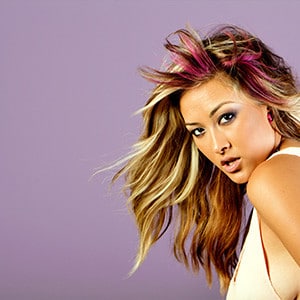 They are confident, affectionate, sensitive and delicate. Since they have a dreamy personality, it becomes difficult for them to take on criticism and therefore, retreat into a world which can be melancholic and sometimes romantic. Apart from being sensitive, they are honest and always have best intentions for others. Blonde haired people have an  open personality. They have a good sense of humor, out-going, fun, but can be conservative sometimes.

It is believed that during the Renaissance period, blonde hair was a symbol of purity and innocence. Centuries later, it became a symbol of beauty with ladies like Marilyn Monroe, but also having low IQ. Though research has proven there is no connection between hair color and intelligence level, yet many are underestimated.

They might not be as vibrant as blonde or red haired, brown hair people definitely are not behind. They are usually calm, down-to-earth, ambitious and hard working people. They have always considered to be intelligent, but it has no relation with their hair. They can be conservative, adventurous, have a great sense of presence and can be seductive too.

Less than 2% people in the world have red hair, but it is the most sought after hair color. Egyptians used henna on their hair to get red tones. Redheads are common among Britishers, Irish, Scottish and Australians. According to research, it has been found that red haired women are very desirable. They are considered to be short tempered, distinct, energetic, creative, passionate, bold, confident personality. They can be sensitive and willful when confronted. They can go to extreme levels when it comes to maintaining their lifestyle.

Mostly Asians and Africans have black hair color. It is rare to find black hair colored person in Western countries and therefore, it is considered as a symbol of mystery and exotic beauty, especially since Cleopatra’s time. People having black hair are considered to be trustworthy, faithful, temperate and clever. They are good leaders when it comes to financial matters.