Home / Health / 5 Most Common Types Of Back Surgeries 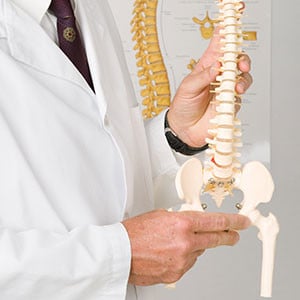 Back pains and deformities are common in a lot of people, especially old aged population and athletes who do physically strenuous exercises. Here are some of the most common types of back surgeries people get done from back pain specialists.

Your spinal cord is made up of several vertebrae, which are stacked on top of each other and supported or strung together with a series of cartilages and tissues. Your vertebrae is separated from another vertebrae by a small disc like bone in between. This disc allows for several different movements and contortions in your back. These discs also allow for the separation between each vertebrae so that the vertebrae don’t grind with one another.

Sometimes, this disc can become disoriented and move out of its place. This can be due to an impact or stress on the back. The disc, once dislocated, can press on any nerve of the spinal cord or against flesh as well. This can cause a lot of pain in the back. So this disc is relocated back to its original position by a surgery known as Discectomy.

This surgery is important because if the nerve is pressed too much by the disc, it can cause a nervous breakdown in that region.

Sometimes, the disc between the two vertebrae becomes dislocated but cannot be relocated, due to reasons being that maybe the disc is broken or it is at the point of no return. In this case, the disc is completely removed and the two vertebrae which were present on top and on the bottom of the disc are fused together using metal prosthetics and screws. This surgical process is known as spinal fusion.

This surgery is a very invasive procedure and it takes a lot of skill and nerve to perform. One wrong move can result in a nervous breakdown in the back, since the back and spine are a complex union of nerves, bones and tissues. This surgery is also deemed important and needs to be done fast, because if the gap between the two vertebrae is left unfilled, it can cause the whole spine structure to collapse under stress.

If anyone suffers from osteoporosis, then compression fractures are very common in many bones of their body. Compression fractures are small fractures and hollow fissures which are caused due to the bones becoming porous over time, due to osteoporosis. So, to fill up these fractures, a small procedure is done in which a bone like cement is injected in the fractures and fissures, which fills up the bone and hardens in some time. This process is known as vertebroplasty. It is done essentially in the back because the back, after becoming porous, can become weak. So this procedure is necessary. This surgery is not as invasive as other procedures done on the back.

Sometimes, your spinal cord can become narrow. This is due to a disease known as spinal stenosis, where deposits of calcium or some other substance narrows the canal of the spine. This can cause a lot of pain as the narrowing of the spine may cause pressing on the nerves as well. To make the spine less narrow again, spinal decompression is done. This involves shaving down the calcium deposits around the spinal cord, making the space less narrow again.

To help with back pains, due to dislocated discs in the spine, a laser surgery is done known as nucleoplasty. It involves insertion of a laser tip, which is done with a needle in the spine. The heated tip of the laser helps to alleviate the pain. . It also relieves the pressure in the nerves, which is caused due to the discs pressing down on the nerves. This surgical procedure is very low in the invasion spectrum. It takes a lot less time to get done and the results are quite promising as well.

Sometimes, the back pain is too much to deal with, so people have to resort to surgeries. These were some of the very common types of back surgeries, some being more extensive than the others. You should get advice from your spine and back doctor McLean before choosing any surgical option.