Home / Home Improvements / What is a modern modular home? 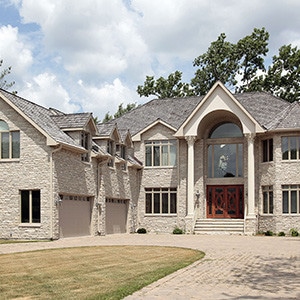 These days there’s a new home building method that’s recently been making a buzz among professionals in the industry. Modular homes split up the design of a new home into sections called modules. These modular type of buildings have been used for some time now on construction sites, school grounds, military campuses and even as medical facilities in remote areas because they are easy to destruct, move and put together again. This method is now being applied to home building, giving designers and builders freedom to create custom homes for buyers. Typically, each module is constructed at a separate location and then transported to the build site usually by means of a heavy duty flat bed truck where they are joined together on the foundation to easily make a complete single structure. Referring to these types of structures as modular homes or buildings may cause many people to think that they’re similar to traditional trailer style mobile homes, but that couldn’t be further from the truth. As a matter of fact, most individuals can’t even decipher modular homes from standard traditional ones that are constructed on site and all at once. If you’re in the market for a custom home or a builder looking to save time and money, the modular building method might just be for you.

Modular homes and buildings are becoming increasingly popular for a number of reasons, but the main one is because of their versatility from a design stand point. Modular home floor plans allow designers and home builders to get creative because they can easily be placed in different spots, next to each other and even stacked on top of one another to set up unique layouts and floor plans. This method of construction is also a whole lot more affordable for the consumer because most of these modules are constructed on an assembly line as compared to on site which cuts down on manufacturing costs. Since they’re constantly being produced in warehouses, manufacturers are also able to lower waste because they know exactly how much of each kind of material is needed to build a particular module. Another advantage of using modules to build is that storing the construction materials indoors also guards against mold, mildew, rust or even sun damage. The faster a home is built, the faster the buyer can relax and enjoy their new humble abode. If you’re on a time restraint, constructing a modular structure can also save you lots of valuable time as compared to building a traditional stick framed home.

Although there are many advantages to building a modular home, there are also a few disadvantages that should be considered by builders and buyers. The transporting of these structures can get a little expensive at times and there are shipping and transportation restrictions which limit the size of the modules. To combat this little problem, many manufacturers are now coming up with ways that make shipping modules more efficient with the use of panels and flat pack versions.