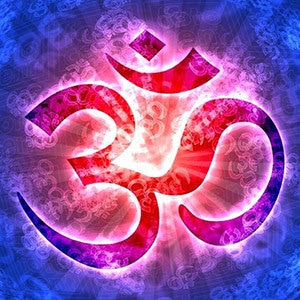 By Kevin Smith:
In 2013 I read an article about a Beverly Hills Psychic who had caught the attention and earned the trust of the likes of George Clooney, Ozzy and Sharon Osborne, Brad and Angelina, Hilary Duff, Rihanna, Katy Perry and the list just keeps going on. He even appeared in a book called “The Top 100 Psychics”. His name was Psychic Christopher Golden and the phrase that kept popping up everywhere was this: To know your future is to change your future.

Recently Golden launched a new website entitled “Spiritual Foundation” where he posts articles about spiritual growth and many of his clients are able to publicly comment. This has caught my attention in recent days as I have been reading both the articles and the comments. My conclusion? This psychic is more than just a psychic. And the people who follow him, at least many of them, are crediting him with being their spiritual mentor, or guru, or spiritual guide, or in a few cases their “spiritual authority”.

I find this both strange and fascinating. Imagine finding an online psychic on Google, getting a reading or two and then deciding you have found the one person who can advise you on all spiritual matters – in many cases taking the place of your religion. My first thought was: cult. I noticed another article, a few days ago by Anne Stevens, where she raised the same concerns. But I have to agree with her that Mr. Golden does not quite fit the usual description of a cult leader. He has not claimed to be the one true way and he does not require strict obedience from anyone. In fact, there is no official name to his philosophy.

I have attempted to reach out to some of the followers of his new site. This is difficult as most followers use only their first name. But there are plenty who use their first and last name, their location and have an uncommon name. So I was able to reach out to a few by email (all praise to my spirit guide “Spokeo”). Whereas most did not respond to my initial email inquiry, two did. And what they had to say was very revealing.

One, a young professional woman from Australia, who asked not to be named, had nothing but glowing praise for the man whom she outright referred to as her “guru”. I asked her about the money and here is what she had to say, “Chris will answer my questions for free by email.” When I probed and asked how much it costs to get him on the phone, she readily admitted, “Phone consultations are not cheap. I think he is charging $425 now”. I went to his booking site at: www.Psychic.Menu and found that this was for 15 minutes. In other words, this Beverly Hills guru to the rich and famous is charging $1,700 an hour if you want to speak to him by phone. Who needs Law School if you can see the future?

I reached out to his office,  and got someone named Alex. He said that Chris was not available to do an interview. According to Alex, there is a reason for the high prices: “If Chris does not keep the prices for phone consultations at a certain level, he would be booked 24 hours a day. Existing clients do not have to pay to reach him by email. And they really don’t need to talk to him by phone” he says “it’s a luxury and not a necessity. Chris makes himself available by email to his clients and we have gotten no complaints. There are those however who want to speak to Chris regularly, in fact some even every day. And for Chris to put aside that kind of time there is a price”. A high price at that. However, Alex did have one thing he asked that I mention in my report and I agreed. He said, “For a first time client calling the cost is only $75 and this comes usually after getting a free question answered online. So I hope you’ll be fair in showing that Chris makes himself available to the everyday person and not just the elite class”.

So Alex got his two cents in and Chris is getting probably a few thousand dollars a day in. But I’m not going to let that alone be what I base my opinion of his work on. I noticed someone on “Spiritual Foundation” asked Chris about advising Hilary Duff to divorce her then husband, before said husband had publicly embarrassed her. And here is what Chris had to say to her, “I don’t publicly confirm or deny who any of my clients are. You are welcome to be here, but the focus is not on celebrity gossip. It’s on your spiritual growth. If you are interested in discovering who you are and how to find my depth and meaning in your life, then you are in the right place. If you are less interested in that and more interested in celebrity gossip, you might be more comfortable at the Perez Hilton site.” Okay, fair enough.

The articles on “Spiritual Foundation” are both moving and revelatory. And the feedback feels genuine and positive. I’m skeptical of any new spiritual movement, of gurus and of psychics, generally speaking. But I’m trying to keep an open mind. My parents followed a Buddhist teacher through much of my childhood and nothing bad happened. They didn’t sign over the house or my college fund. But I can’t help but think of how popular Scientology is with the celebrity set and how many claims there are of abuse. To date no such negative claims appear about Psychic Christopher Golden.

The high prices and intense loyalty I’ll admit are a bit of a red flag. However, the other follower I was able to correspond with had this to say, “Chris is someone who has shown me how to love. He taught me how to love myself and as a result I have been able to love all of the people in my life fully. This benefits my husband, my children, my parents, lots and lots of people are reaping the benefits. And my life is basically happy. I don’t know how you put a price on that. But I do know that I had spent a small fortune on therapists and self-help retreats before finding Chris. I consider him to be an enlightened person and one of the many things I love about Chris is that he says he is also a flawed human being. I am not uncomfortable with the ancient tradition of a guru-disciple relationship. Chris says initiation requires initiative. And what that means is that if you don’t just come right out and ask him specifically to be your guru, he will never bring it up. If all you want is a psychic reading, he will give you that. And if you want to wake up from sleep walking through your life, he will help you to wake up to the beauty of who you are and the beauty of the world around you”.

It’s probably worth noting that this woman was middle class and not a celebrity. I will continue to monitor “Spiritual Foundation” with curiosity, caution, intrigue and maybe just a hint of spiritual inquiry.