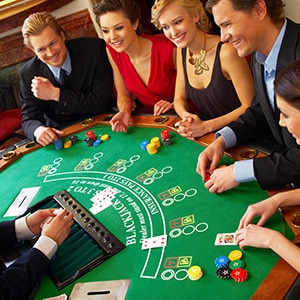 Whenever someone mentions gambling addiction, people generally think of men. So many movies and television shows have stereotyped men in the role of a gambling addict. Contrary to popular belief, women are also a part of this evil practice.

Studies show that a large number of households in developed countries of the world don’t have enough money to spend even in times of emergencies so it seems highly unacceptable for a member of the said household spend money on such addictions.

How to Define Gambling Addiction?

It is possible that a person might become consumed by the effects of a certain practice. Eventually, if the person keeps doing it until the long term disadvantages outweigh the short-term benefits, then it is safe to assume that the person is addicted to that particular practice.

It is very easy to assume that you are invested in a harmless practice and won’t become addicted to it. However, this is the trick that addiction plays on a person. The person gets so involved doing a certain activity that they get blinded by the disadvantages it is producing.

Gambling addiction is also considered as a behavioural addiction. This means that to get the satisfaction that the person is craving through the additive practice, they might easily compromise important things like money which are essential for the well-being of their family and ethics which make people respectable part of the society.

Women are not generally associated with this practice in the society but it would be incorrect to ignore that a fair amount of women are involved. It is also important to note that women suffer different types of gambling problems as compared to men. They are known to play different games and it has been seen that they are more vulnerable to developing problems much faster. As a result, women also experience different kinds of financial and legal complications.

It is also more common for women to develop problems like depression and anxiety. This can be both a reason and consequence of why women become a victim of gambling addiction and gambling problems. Most women are not even financially independent and it is hard to imagine such a thing developed countries but these patterns still prevail.

Unlike men, women get motivated to do gambling because they are leading stressful lives. On the other hand, men mostly are involved in gambling due to the excitement they get as a result.

Gambling addiction can be treated if proper attention is given to the victims. It is important that the person personally realises the problem or a friend decides to help them. Like many other fields of life, women are also underrepresented in treatment for gambling addiction as well. Studies have shown that women only make up 2 to 7% of the Gamblers Anonymous membership.

It is important that the issues surrounding women and gambling are addressed. There is a great need of representing problems of women addicted to gambling in places where they can get suitable help.