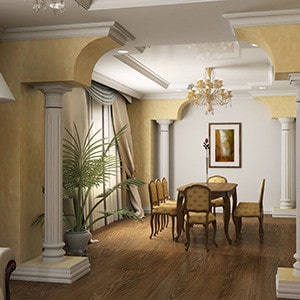 Don’t wait for a spare weekend to declutter, start clearing your home now. Here we have a list of just some of the items you could remove from your home right away.

We are all guilty of clutter hoarding. Even if you’re the tidiest, most organised person in the world the chances are you have at least one ‘odds and sods’ draw full of stuff that simply doesn’t have a place in your home. Maybe you have all your birthday cards from the last 20 years stuffed in a cupboard, or you’re holding onto several pairs of jeans for when you get back to ‘that perfect size’. We all gather clutter in some shape or form, and the best thing about that is, there’s something we can all do about it.

Having a big clear out and putting items in self storage, or selling them on a car boot is a great thing to do, but why wait until you have a spare weekend to sort through everything? Why not declutter right now? There are lots of items in your home you could get rid of right away, without much thought at all. Here we have plenty of items in your home you can throw in the bin, recycle, donate to charity or sell right now:

Broken Sunglasses – Unless they are designer and worth getting fixed, chuck them away. And if you have several pairs of cheap sunglasses that aren’t broken but you only use one or two pairs of them regularly – get rid of the rest.

Dried Up Pens – How many times have you gone to find a pen, started using one and found it doesn’t work, tossed it back in the drawer and found another one that does work. Which ultimately means you end up with loads of dried up pens – useless dried up pens. If a pen has dried up, throw it away!

Odd Containers – Any tubs or lids that aren’t useful any more won’t ever be used, so chuck them.

Old Food – Everyone seems to have a back of the cupboard store for a potential apocalypse/ zombie invasion/ world war 3. Tins of soup that could now be called ‘vintage’ need to be thrown away.

Damaged Clothes – Leggings you loved that have so many holes they could be classed as fishnet leggings, t shirts with bleach stains on, socks that your toes poke through – they all need to go.

Junk Mail, Newspapers and Magazines – These can accumulate quickly, and unless you’re moving soon or plan to do a pretty huge arts and crafts session, they need to be put straight in the recycling bin.

Old Phones – It’s fair enough having one spare mobile, just in case your current one decides to die, but you don’t need a visual timeline of every phone that’s come out in the last 20 years. Use a popular phone recycling company and get money for your old mobiles.

Sun Cream – If it’s from last year, half empty or just old, chuck it, it won’t be effective any more.

The Electrical Basket – If you have a drawer, box or basket full of electric cords that aren’t labelled and you have no idea what they are for, dispose of them responsibly. It’s worth checking to see if any of them are actually useful, but they will more than likely be old phone chargers and leads, so they’re just taking up space unnecessarily.

These are just some of the things you can chuck out right now. Remember every little helps and the more you get rid of, the more space you will have. But, obviously there are some things you can’t just throw away or sell; many items have sentimental value and you may never want to part with them, but that doesn’t mean you want to have them cluttering up your home so it’s worth always having a box in your spare room or garage labelled ‘stuff for self storage‘ that you can keep filling and take to your self storage unit once it becomes full.

Tagged with: declutter Declutter Your Home