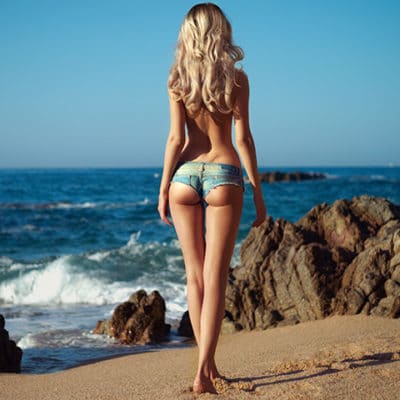 There is a certain someone famous in the reality TV world who is equally famous for the size of her derriere. Brazilian Butt lifts have become so popular – news magazines report on people traveling thousands of miles to have the surgery done.

Did she, or didn’t she have some kind of butt augmentation surgery? Doctors will tell you, especially those in this line of surgery, that exercise and diet alone are not enough to give you that shapely derriere you are after. It is only surgery that will. There are provisions, of course, and some people would make better candidates than others. There may be some dangers involved too. Let’s find out what these are.

So, you think you might be a good candidate? Are you a little overweight? As in, do you have up to 6- 7 liters of excess fat elsewhere in the body that could be used for your butt? Yes, that’s right – it is known as a Brazilian butt lift. Your own fat is used in the process. Only 1-2 liters of your fat might be the lucky cells injected into the buttocks, as the rest of the fat cells may not survive the harvesting process. Harvesting? Yes, fat from your own body is removed in places where you’d rather not have it. For instance, your back, your stomach, and/or your thighs.

Fat from your stomach can only be used if it is above the abdominal muscles. If it’s around your organs, it’s not going to work. Liposuction is used to remove the fat. Once removed, the fat is then treated for optimum survival once in your butt. Then the sculpting begins. The entire surgery takes a few hours. Local anesthetic is used most often. Recovery time is quick, but you can’t sit on your buttocks directly for 3 weeks.  If you’re a smoker, you won’t be an ideal candidate for the surgery as smoking reduces blood flow in the body, and the more blood the better post-surgery to speed up the healing process.

The method described above is also known as fat transfer, or the Brazilian Butt lift, and some could argue that it is a natural procedure as nothing artificial has been added to the body. The dangers involved are those associated with the anesthetic, whether local or general, and your body’s response to it. When it comes to enhancing your buttocks, you can choose to enlarge it using implants or fat transfer, or lift it if it’s drooping, which is the butt lift, where excess fat at the top of the buttocks is removed. What comes with more risks are procedures in butt augmentation that involve implants. Your body could reject it, and even after the mandatory course of antibiotics, an infection could set in.

Is it expensive? The costs run into the thousands, and you can expect them to be higher in more remote areas. Ideally, you would put a lot of time and research into the right surgeon, and clinic/hospital for you.

Butt augmentation surgery or the Brazilian butt lift – has made it possible to shape women’s buttocks. What may have once been a dream for some is now a reality: a shapely derriere without the need for exercise, and a little added fat is a bonus!