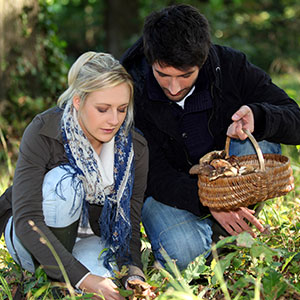 Ganoderma Lucidum is described as a large, tough and woody mushroom that is used for different herbal remedies. This is also known as lingzhi or reishi, an oriental fungus that has longer history particularly in promoting health as well as longevity in Japan, China and various Asian countries. This large and dark mushroom has woody texture and glossy exterior. This herbal medicine is usually found on logs or tree stumps.

Ganoderma extract comes with lots of medicinal properties. It is also used improving health, and increasing the body’s defences against foreign invaders. Ganoderma Lucidum had played an integral part for more than 4000 years in the traditional Chinese medicine. The oriental fungus has also begun to find its way into the healing field in the United States.

Ganoderma extract comes in various forms that includes pill, capsulated, liquid or powder form. There are some companies that simply grind this herb until it forms into quality powder while there are also that makes use of a process that incorporates the use of high technology in order to extract the essence of this herb into a powder form or in a liquid form. The extract concentration for this herb varies and is as high as 15:1 so in other words, a total of 100kg of this mushroom is made into 65kg Ganoderma Lucidum extract.

Aside from that, the Ganoderma Lucidum extract is also used to boost the immune system of any individual. The extract can stimulate the immune system, if needed, to help the natural body’s defences against any enemy. In China, the mushroom is used similar to how drugs are used in the west to improve health. For example, the Ganoderma Lucidum extract has been researched and shown to have significant antioxidant activity in removing free radicals, which can cause cell damage.

Though Ganoderma Lucidum extract does have a substantive amount of evidences about its wonderous abilities, some doubt its use in the medical field. Ganoderma is currently sold as a dietary supplement, which according to law, does not allow for any claim regarding disease even if there is evidence to show it can help. Claims regarding lowering cholesterol, blood pressure, tumors, for example, are prohibited. The extract of this Ganoderma is now made available in various stores however you might want consult your doctor or nutritionist before supplementing.