Home / Home Improvements / What are the Most Common Chimney Problems? 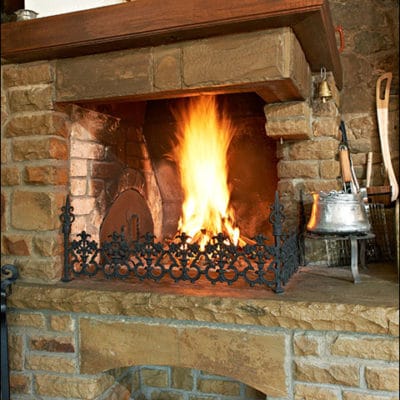 Chimney problems can vary from a minor repair work to a major structural damage. It is possible to deal with small chimney and fireplace issues with DIY methods while certified chimney sweep is required to solve big problems.

Chimney is not a low maintenance feature of the home. It requires regular maintenance and care to work adequately. If chimney and fireplace problems are avoided for a long period of time, they can result fire hazards. Ironically, many homeowners do not pay attention over chimney problems and face chimney hazards (including but not limited to chimney fire).

To safely use a fireplace, chimney maintenance is vital. There are several potential issues that arise in chimney and fireplace. As a homeowner, it is your responsibility to understand these issues and try to solve them as soon as possible. The most common chimney problems are:

Creosote is an odorous and sticky substance that can accrue on the inner walls of the chimney. Creosote buildup problem mostly occurs with airtight wood burning fireplaces and stoves. Creosote is a highly combustible substance. It can give rise to a chimney fire. Creosote buildup can also give rise of various other chimney problems like chimney corrosion, unpleasant smell etc.

Chimney blockage is caused by numerous things like dust, bird nests, leaves etc. These obstructions do not allow smoke to escape from the chimney. Chimney blockage is risky because it can cause carbon monoxide leakage into your home. This gas has many adverse effects on health.

Generally, homeowners do not care about their chimney crowns. Many times chimney crowns get cracked from inside out. These cracks make crowns useless, as cracked crowns allow dust and water to freely travel inside your chimney. You should consider hiring a professional for chimney crown repair.