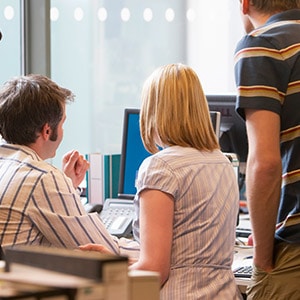 Rebecca Rescate was the very first entrepreneur to get a deal with Shark, Kevin Harrington. This product, the CitiKitty, while a silly idea, was very successful.

The product trains cats to use the toilet instead of the litter box. The idea seemed to resonate with other pet owners as she had sold a quarter million dollars the previous year and was on track for $350k in the current year. After making a deal with Kevin for $100k for 20% of the company, she went on to achieve sales of over $1 million that year.

Since then, it’s been seen in big box retailers across the country, featured on talk shows and is considered one of the biggest success stories of the show.

In season 4, Rebecca returned to try her luck again. This time, she entered the Tank with a new business, the HoodiePillow.

The HoodiePillow is a pillow with a hoodie sewed into the pillowcase. It lets you block out light and sound while you sleep. Again, a quirky idea, but one with sales. Having launched just 8 weeks prior to the pitch, they had already sold 8,000 units.

The Sharks fought over the deal, but gave her a much lower valuation that she was looking for. Finally, Shark Robert Herjavec jumped on the deal after being disappointed that he missed out on the success of CitiKitty. He offered her full price, $90k for 20% of the company.

Rebecca Rescate now proudly held the title of getting two deals in the tank from two sharks for two separate businesses.

Sales after the show aired went through the roof. The Monday after, they had 4,000 orders in one day. No recent updates have been released, but it’s probably safe to say that the company is doing very well.

Rebecca Rescate is a fantastic entrepreneur. She sees a need in the market and creates a product to solve the problem. It’s the very definition of what a business must do to be successful.