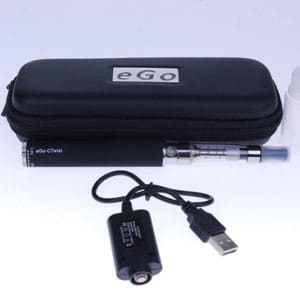 Electronic cigarettes, or personal vaporizers are becoming increasingly popular amongst 18-60 year olds. Some are really trying to kick the butt and some are just vaping for fun. As something that’s sort of new to society, we must take with a grain at a time. A lot of people WILL throw random untrue or undocumented facts out there about e-cigarettes in general. Some say it is worse than cigarettes, some say the e-Cig Juice contains more unknown chemicals than cigarettes, and I even saw an article saying e-cigarettes are a gateway product to cocaine! Whether you like them or not, it seems that vaporizers are going to be around for a while. Since we figured they are not going anywhere, we decided to chop down a few myths in the electronic cigarette world and bring them to you!

Myth #1: The liquid nicotine juice is much more dangerous with unknown chemicals in it.

Well, this is almost untrue straight off the bat. E-Cig Juice are made up of 3-4 ingredients. They are Propylene Glycol (PG), which is a clear, syrupy food ingredient used as a stabilizer in food and beverages. The next ingredient is Vegetable Glycerin (VG) which is a clear and odorless, also being used in food and beverages along with soap or oils. Obviously, nicotine is another ingredient if the specific flavor you choose comes with nicotine in it. Last but not least, flavoring is another ingredient that is thrown into your e-liquid if it’s flavored. Water can be added too but make sure its distilled water.

This is not true because these products are never aimed at minors or anyone under the legal age in their state. These are advertised as an alternative to quitting cigarettes. If that was the case, Vodka is trying to attract to a younger audience also by inventing ice cream cake vodka, cotton candy vodka, and more.

From the tests and results the scientists have been doing, it seems like personal vaporizers don’t have any negative side effects yet compared to cigarettes. Cigarettes have known to contain more than 450 chemicals.

With the amount of death cigarettes are causing per year, why don’t we try to open up our minds to a different alternative. If the old way isn’t working lets create room for something else. We are in the midst of heavy arguments and debates over this product but the future is definitely lighting up bright vaporizers and e-cigs a like.