Home / Obama speaks about the sequester in Washington 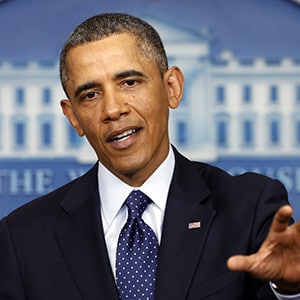 U.S. President Barack Obama speaks about the sequester after a meeting with congressional leaders at the White House in Washington March 1, 2013. Obama pressed the U.S. Congress on Friday to avoid a government shutdown when federal spending authority runs out on March 27, saying it is the “right thing to do.”
REUTERS/Kevin Lamarque (UNITED STATES – Tags: BUSINESS POLITICS)